It’s official: Amazon.com (AMZN) is in the phone business. Chief Executive Jeff Bezos showed off a black glass rectangle with a rubber frame called the Fire Phone. The device will be sold, starting July 25, through AT&T (T) for $199 with a two-year contract, the same price as other high-end smartphones.

The screen on Amazon’s phone is larger than Apple’s (AAPL) iPhones but smaller than phones made by Samsung Electronics (005930:KS). The processors and chips are on a par with more powerful Android phones. Sure enough, the Fire Phone includes what Bezos calls “dynamic perspective,” a feature that uses four cameras to create 3D imaging that doesn’t require glasses.

But what makes the Fire Phone truly Amazonian is the Firefly Button. By pressing it, users can use the phone’s camera to recognize (and purchase) physical products or its microphone to listen to (and purchase) songs. Bezos says that the program recognizes more than 100 million items. A Tumblr (YHOO) of accidental Firefly purchases seems.

We'd love to Hear From You 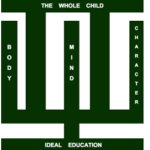 Very professional service. They redesigned our network, implemented Google for Education and even provided us with a short training. Their s...
Ideal Academy Public Charter School

All I can say is WOW! from the concept, the planning, the implementation, Astercom has been extremely professional. Their availability and e...
Pretty’N Print

I came to Aster Communications not knowing what to expect. From same old , same old to WOW! They even helped me design a new logo. Very prof...
LIving Word International Ministry
Top